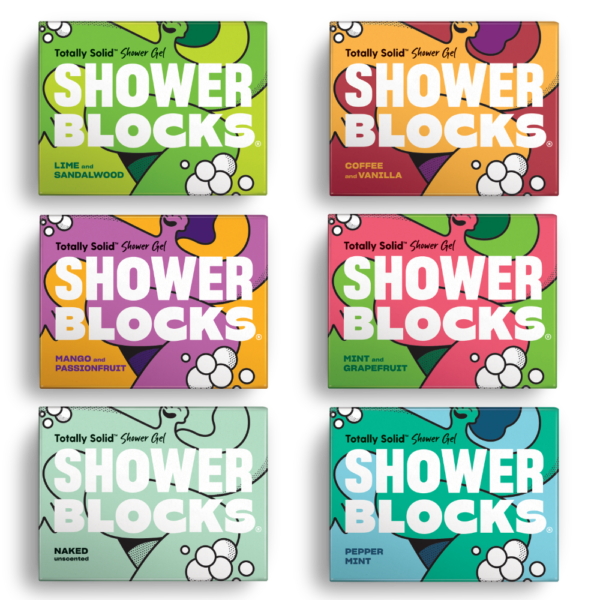 Description
Ingredients
Usage
Reviews
Wonky blocks are just like the other blocks but… something went slightly wrong. What might that be? Possible causes of wonkyness include: Being dropped on a corner. A small chunk being cut off. The colourant not quite mixing correctly causing spots or a smear The box has been damaged. All wonky blocks are Totally fine to use but can’t quite be sold as perfect so here they are at a discount to reduce waste. Founder Neil already has about 5 lifetimes of supply, up from 3 lifetimes worth last year. The fragrance of a wonky is random and sold in order of the wonky creation. Creation of wonkys can be in batches meaning there might be a larger supply of one fragrance over others. We  cannot guarantee there will be stock available due to the nature of a wonky creation but please feel free to reach out if you want to know what wonky is coming up next! Shower Blocks are the perfect shower accessory if you want to ditch the plastic but keep that great shower gel feeling. Soap re-imagined for your daily shower with our nourishing oil blend. Guaranteed to leave you feeling and smelling great. Shower Blocks are hand made in the UK by us.
Sodium Palmate*, Sodium Cocoate, Sodium Olivate, Aqua, Glycerine, Parfum, Sodium Hempate, Caprylic capric triglyceride, Sodium Castorate, Sodium Sunflowerate, Cocamidopropyl betaine, Sodium lactate, Sodium citrate, Colour (Aqua, Propylene Glycol, Sodium Laureth Sulfate, Glycerin, Sodium Stearate, Sorbitol, Sodium Laurate, Sodium Chloride, Disodium Laureth Sulfosuccinate, Tetrasodium EDTA, +/- CI 77266, 74160, 51319, 21108), Hexyl cinnamal, Limonene, Linalool

*Sourced from 100% RSPO certified sources only.
Lather up under the shower either in your hands or with a sponge. Once a bubbly lather quickly appears, apply and wash. If you get in your eyes rinse off with clear water.